The courts have officially cast semi-official votes regarding the Affordable Care Act, or ObamaCare. Rumor has it that Elena Kagan has passed the results of the vote to Obama. It was this news which has presumably prompted Obama to hold a(nother) press conference and to argue that it would be unprecedented for the Court to overturn his precious. 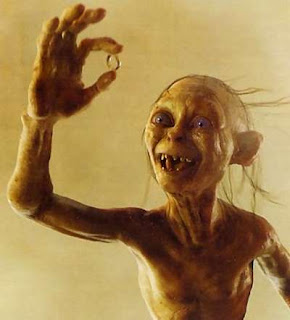 As per the norm, anything that contradicts Obama's way of thinking is liable to be brought to everyone's attention through the ever-so-repetitive press conference. He then speaks and speaks about how what he is trying to do is so good for the American people. How only he understands what needs to be done. That when we try to stop his ideas, we're really destroying America. And, in a famous line: "If you love me..." we should tell [insert group] to just listen to him.

...an unelected group of people would somehow overturn a duly constituted and passed law


We later learn that at the same time Obama was giving his campaign speech (because what kind of President would really try to deny the authority of the Supreme Court to overturn an act of Congress? He want publicity; He wants fodder so his commercials can say how he stood up for the little guy come November), the Justice department was off in New York arguing that Congress should strike down the Defense of Marriage Act.

It is this kind of duplicity that is rampant throughout the Obama administration that I find despicable. Be honest, for just 10 minutes, please? Obama has an agenda, but so few groups are willing to call him out on it. So few are willing to stop and say... wait a minute... did you just contradict yourself again?

But, the 5th Circuit at least has taken a step forward. Republicans in the House have passed time and time again. But the 5th... I guess they have had enough of Obama insulting the court system! The 5th Circuit has politely asked for the Justice Department if it would be willing to explain the full implications of the President's press conference. To come out and say if they really do believe that the Court has the right to decide on the constitutionality of a given Act of Congress. To be honest with the American public and say, "Yup, it was a campaign speech." The funniest part are the requirements:

- Due Thursday at noon

Reminds me of grade school. Fitting.

Obama's reaction to the Court is concerns Liberals

The ignorance contained in Obama's speech. (although he was aware of the contradictions)